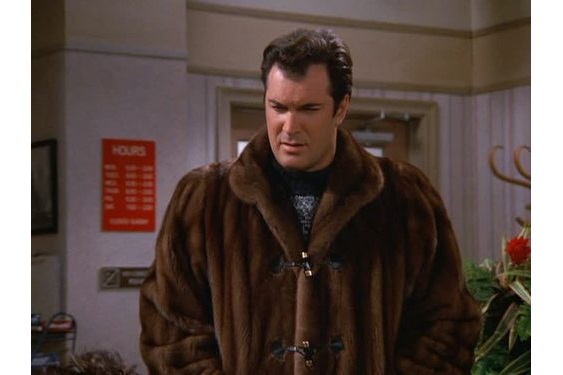 Today, I went to Emerald City Comicon with some friends who had never gone before.

It’s always fun to see how they react to the colorful and interesting (to say the least) original cosplay costumes, and the amazing artwork.

I went to a panel with Patrick Warburton, who was a favorite character of mine from Seinfeld.

I just love his deadpan.

It turns out he’s just as interesting, if not more so, in person.

The fans who ask him questions are all widely varied and unique, too, and they were literally shaking with excitement at the opportunity to speak directly to their hero.

One asked a question about what it felt like to be relevant to multiple generations.

Patrick started by telling us about when he worked with Jerry Lewis on the original Nutty Professor and said to Jerry, “Kid, I like the direction you’re going with this physical comedy thing. I think it’s gonna work for you.”

Patrick kept an audience of what seemed like at least 1,000 people on the edges of their seats just answering questions and doing improv.

Now that is an interesting guy chock full of stories, and someone you just want to be around!

One other thing that stood out to me is that when Patrick was asked about what sitcom he’d like to join, he said he doesn’t watch sitcoms.

They are living and creating their own stories.

They are the creators. Not the consumers.

It’s where I want to be.