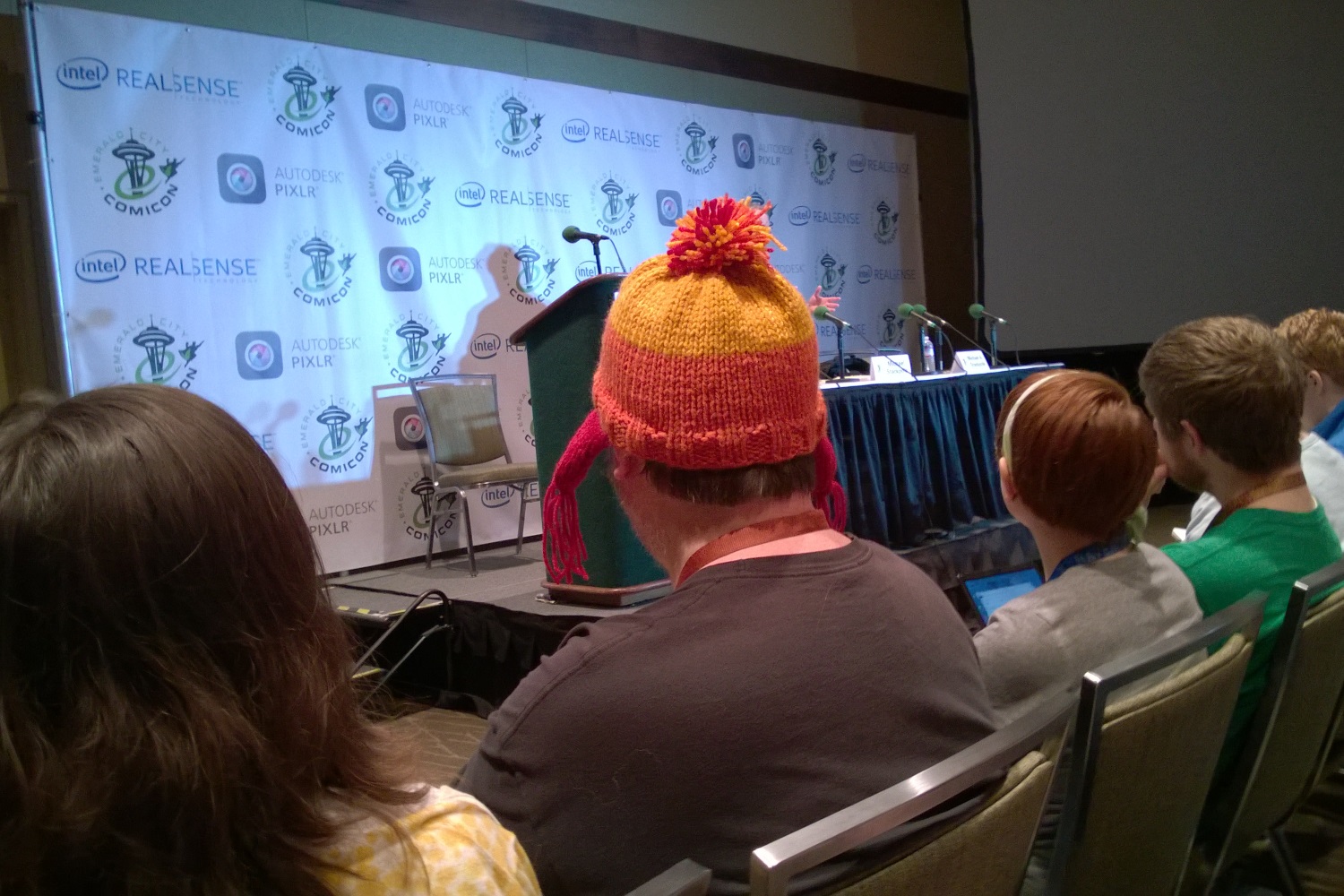 I’m a fan of Michael Stackpole’s Rogue Squadron series and I got to see him at Comicon today.

Well, “see” might be a bit of an overstatement.

Despite the fact that I was in the second row, I really didn’t get to see much of him.

I mostly saw this orange hat with the strategically placed pom-pom on an impossibly gargantuan cranium.

Yes, Michael is actually behind that virtual planetoid.

I could see his shadow, and once in a while a disembodied hand appeared to reach out from the orange.

Like it was trying to escape, but was inexorably dragged back by the immense gravitational pull of the orange.

Fortunately, audio was sufficient for the most part, and Michael got right down to the nuts and bolts of writing.

Not the fluffy stuff that you learn from professors, but the real nitty-gritty writing of an author with something like 50 best sellers under his belt.

His advice was extremely pragmatic, like breaking down the four parts of “bug killing”: Identify the bug, gather knowledge and resources to kill the bug, kill the bug.

Maybe if I wasn’t behind that hat, I would have absorbed more of the information!

It’s as if the orange was absorbing the words emanating from Michael, and only bits and pieces managed to make it past to where I was sitting.

One bit of information that made it through was keeping sentences short.

While I can see that formulas like this are immensely practical and will help to keep churning out books to get paid, I can’t help but think that I’d immediately want to break every rule and write something different.

And that’s exactly why I shouldn’t write.

The fact is that he’s right that if you don’t follow the formula readers expect, they get frustrated.

And that’s why he’s a bestselling author and the non-formulaic literary works of art go largely unread.

(And speaking of large, did you see the size of that orange hat?)