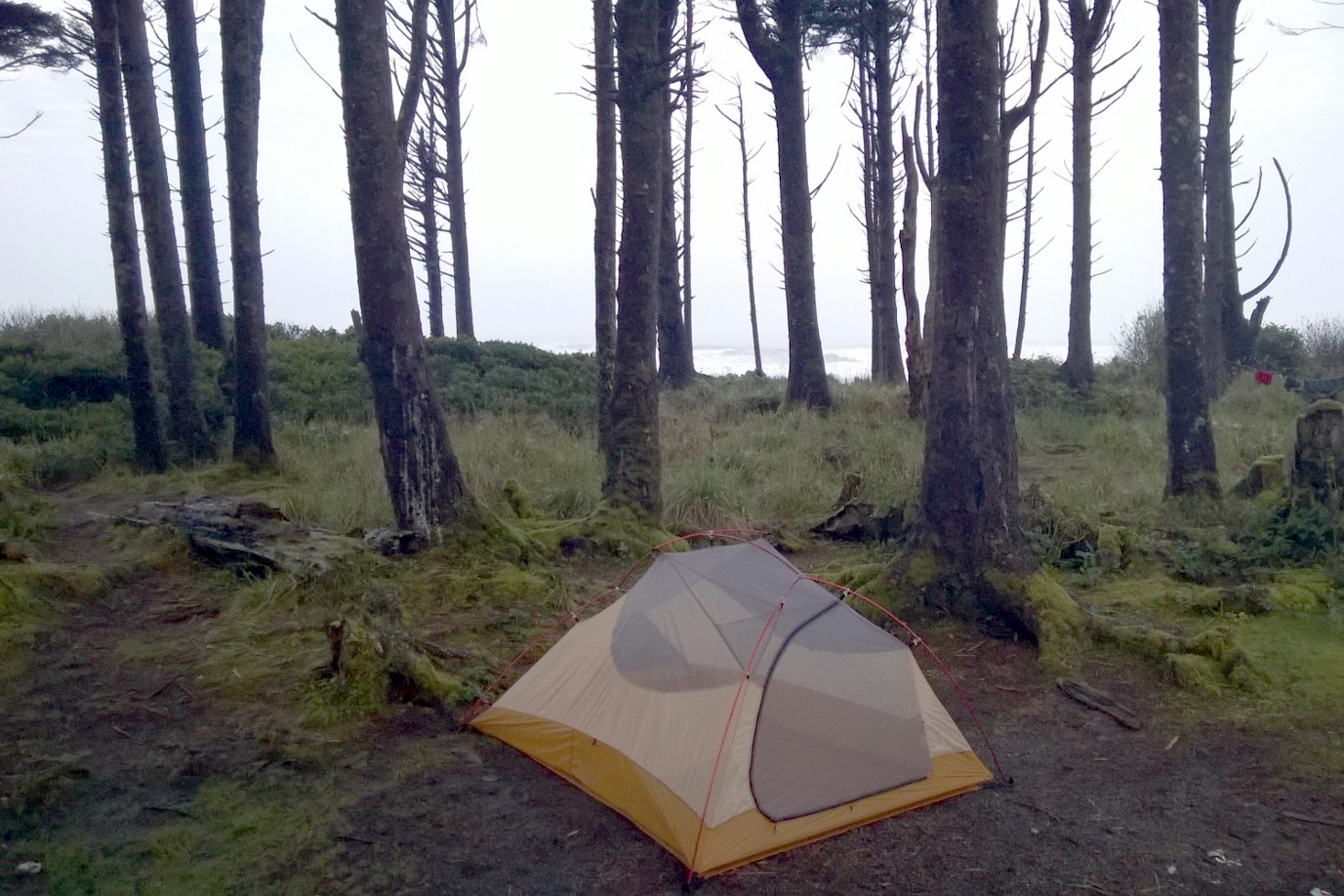 The thing about having an office at a wild beach is that it eventually gets dark and very cold and you have to camp.

If you’re one of those fancy retirees, you have an RV and this is basically like going indoors from the back yard.

If you’re me, you have an ultralight backpacking tent and a sleeping pad that takes a lot of lung power to inflate.

The last time I set up this tent, H was in tears.

And for good reason.

It was freezing cold up in the mountains with driving rain and incredibly strong gusts of wind.

And it was dark.

When I researched and bought my tent, I had dreams of starry, starry nights.

The thing I never really considered about a tent with a screen roof is what happens when you set it up in a rainstorm.

The floor becomes a pool of water.

We did our best to dry it out after securing the rainfly, but the thing about carrying everything on your back for miles to your campsite up in the mountains is that you don’t get to bring luxury items like bath towels and hair dryers.

By then, my fingers had stopped working and my lips were turning blue.

I was getting concerned about hypothermia.

We still had a long night ahead of us and we were soaking wet and freezing cold.

I had some waterproof emergency bivies, so I slid our sleeping bags into them to keep the bags dry and add an extra layer of reflective insulation.

Then I went outside to try to light my ultralight stove so we could have something hot to eat and drink.

Lighting solid fuel is a fairly difficult thing to do in the wind and driving rain, but I’m usually up to the task with only a dozen or so curses at the sky before success.

It turns out that when your fingers don’t work, a whole new level of skill is required.

And a lot more cursing.

I’m proud to say that I eventually accomplished the task and made us some hot reconstituted food-like stuff.

And we did survive the night.

So much for the romantic backpacking trip.

Maybe I really was a bad boyfriend.