I didn’t have anything fancy.

Just me, my laptop, and a couple of iPads.

I was there simply to find out what people thought of my new game. 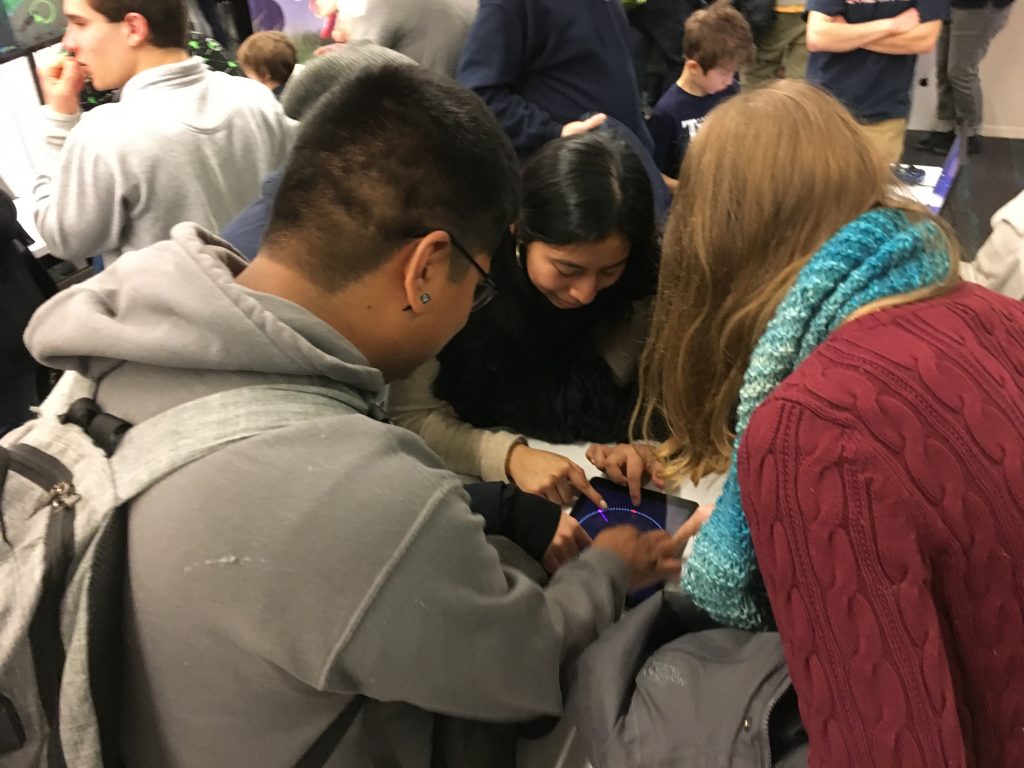 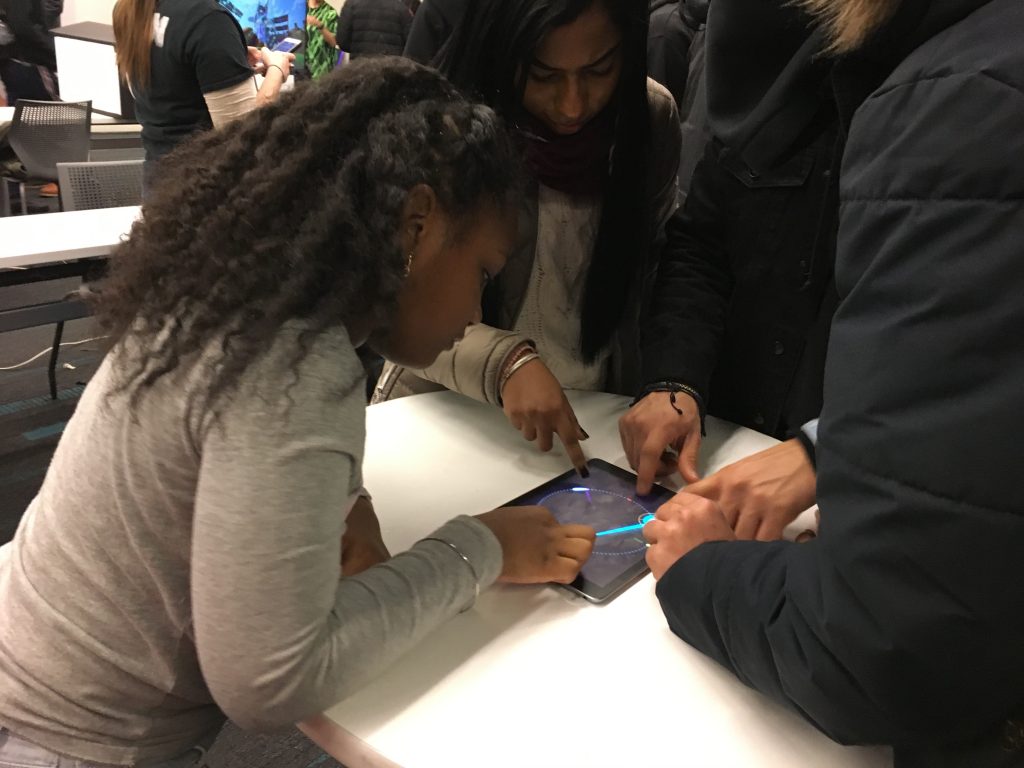 And I was blown away by the reaction.

Over the course of the 5-hour show, both of my tables were going pretty much non-stop.

It was so much fun to see people crowding together and having a blast with my game.

The best tables were groups of family and friends where the competition could get heated fast.

But it usually didn’t take long even for strangers to warm up and get into the competition. 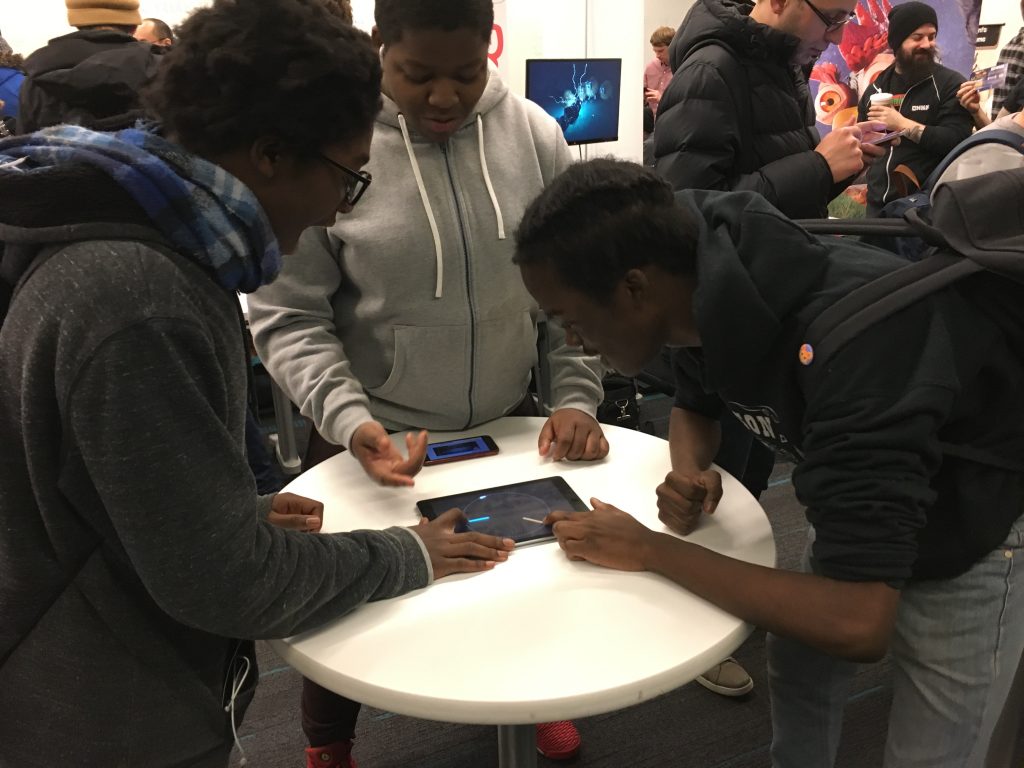 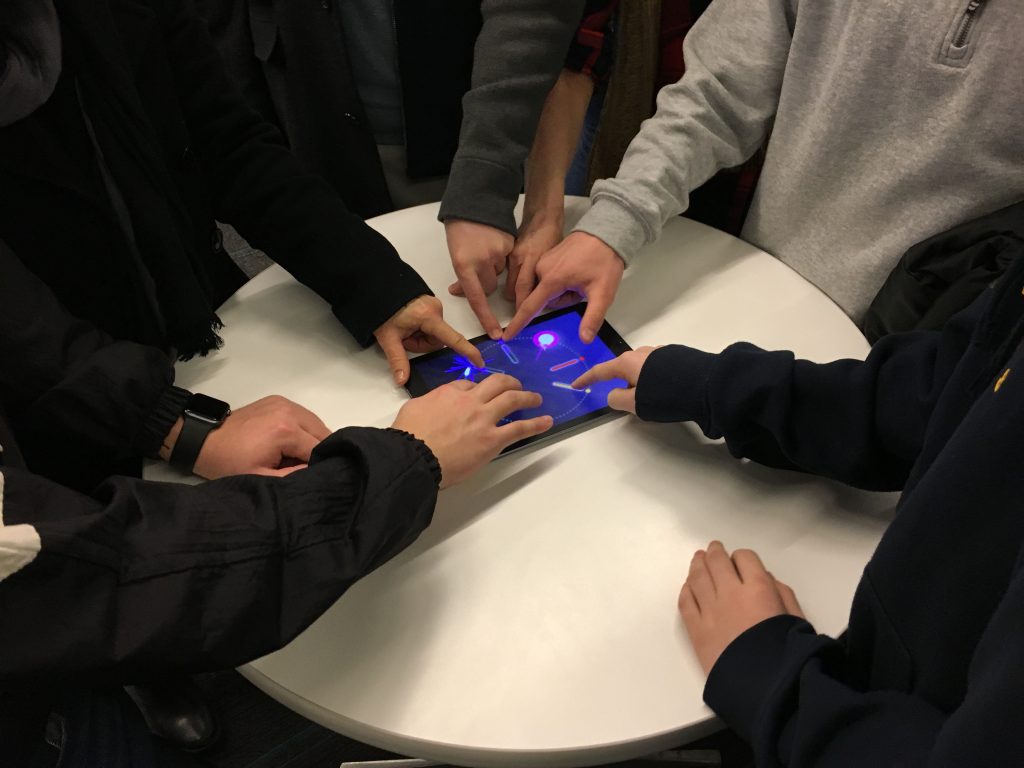 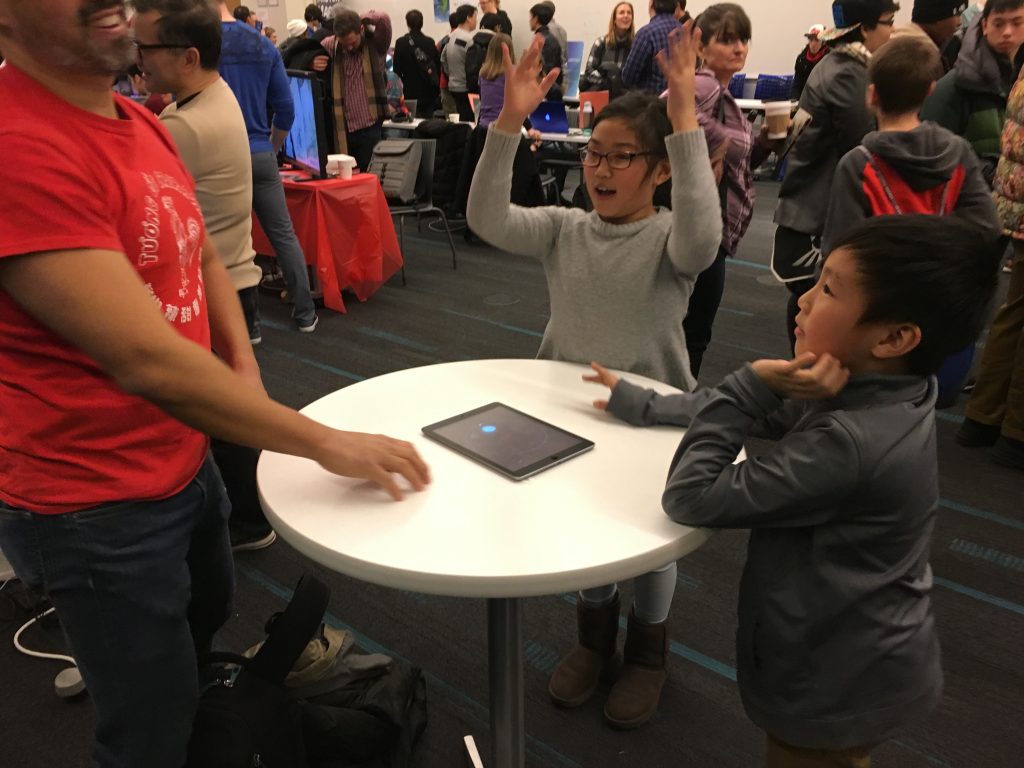 So many smiles! So much laughter!

It was just plain fun.

I’m so happy with how accessible Dojji Ball is, even for players that identify as “non-gamers”.

I loved inviting them in to the game and then seeing the joy on their faces as they experienced that moment of elation beating an entire table of gamers all at once. 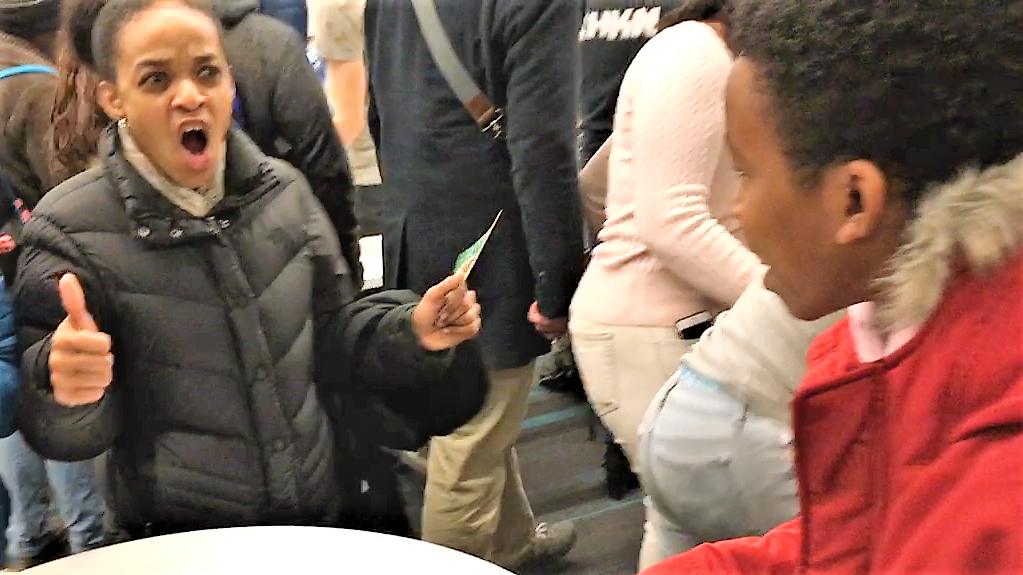 But not everything went so well.

My tutorial just doesn’t work, so I ended up teaching hundreds of players how to play the game myself.

And then there were a few people who were a little too serious to play a party game.

I explained how to capture the diamond to one particularly stoic gentleman.

“Slide your finger to capture the diamond in the middle. It’s a race!”, I said.

He looked at me, incredulous.

But my favorite awkward moment was toward the end of the afternoon.

As the event was winding down, a couple approached to play with their young daughter.

They started out having fun, laughing and playing together… and then it happened.

The bomb blew up on their daughter.

She instantly dropped to the floor and began to wail and cry at the top of her lungs.

Her mother tried to console her, but to no avail. The girl was absolutely devastated and would not stop wailing.

Her mother looked at me and said, “Well, I guess this is not a game for her.”

After a few more minutes of sustained wailing, the girl stood up, dried her tears, put her finger back on her spot, and wanted to go again!

My friend Alice came over after work for the last few games of the day, and then it was time to pack up.

I was so proud of myself for using Command Strips to stick the iPads down to the tables.

I used one strip under each corner of the iPad for a total of 20 lbs of rated holding power per iPad.

This had worked so well during the day that you could literally pick the tables up with the iPads.

Believe me, some people tried.

But the part I was most excited about was the Command Strips feature where you pull the tab on the strip and it releases cleanly and easily without damaging any of the surfaces.

Every single strip broke off as I pulled on it and the iPads were still stuck so hard and fast to the tables that I couldn’t budge them even a millimeter.

After struggling for a while, I was pretty much resigned to losing my iPads and having to leave them stuck to the tables, or having to go to the hardware store to find something to cut them free later that night if I could get back in, which seemed unlikely.

At the least, I figured I had just bought two tables that I was about to destroy.

Alice ran off somewhere to try to find something to help while I continued wrestling the devices.

A while later she came back with … some plastic knives.

Seriously, what was I going to do with those?

But sure enough, I was able to wedge the plastic blade in the gap between the iPads and the tables, saw through the tape, and break them free.

Nice job, Alice! Way to save the day!