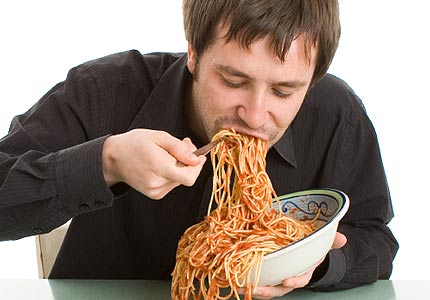 I’ve always found it difficult to recognize people by their faces.

As the manager of the Happy Hive, greeting people was an important part of my job.

Over the years I’ve developed some alternative skills, like remembering unique clothing, but that’s easily foiled when someone takes off their scarf and suddenly I’ve never seen them before.

So I’ve settled on the defense of using a more vague greeting and then looking for signs that the other person recognizes me.

After a few embarrassing occasions where I enthusiastically re-welcomed Happy Hive guests as if they were complete strangers when they had just stepped out for a smoke, the girls felt bad for me and started giving me signals or stepping in with a “Would you like another drink?” that tipped me off to the appropriate greeting.

I just thought that some people were good at this, and some like me, really, really bad.

But then along came my hero, Brad Pitt.

He let us all know that there’s actually a name for this condition, and weathered the social backlash from disbelievers.

I always have to search for “Brad Pitt face disease” because I can never remember the name.

And now I’m not alone.

So there’s definitely something going on when a name is put to your condition.

Like when you have all sorts of random discomforts and the doctor gives up and tells you congratulations, it’s fibromyalgia.

Then you can relax, take some sugar pills, and know that you’ve been validated.

Anyway, this just happened to me again today.

For as long as I can remember, I’ve been unjustifiably annoyed by chewing and smacking sounds.

I actually recorded someone at a coffee shop not so long ago, chewing and smacking on a bowl of noodles for what seemed like an eternity.

I just could not block it out.

The guy was sucking on those noodles like he was auditioning for the Lady and the Tramp scene, except there was no lady on the other end of that noodle.

I was in an entire roomful of people that seemed to be unphased by this display, and I just couldn’t understand it.

A while back, a friend sent me an article that said I had this problem because I was a creative genius.

Well, I am a sucker for flattery.

But today, she sent another article that finally gave this behavior its own name!

I mean, it’s no “prosopagnosia”, but hey, it’s something!

P.S. If we ever happen to be eating together, a little music and I’m fine. No worries. Really!

I Had a Dream Last Night