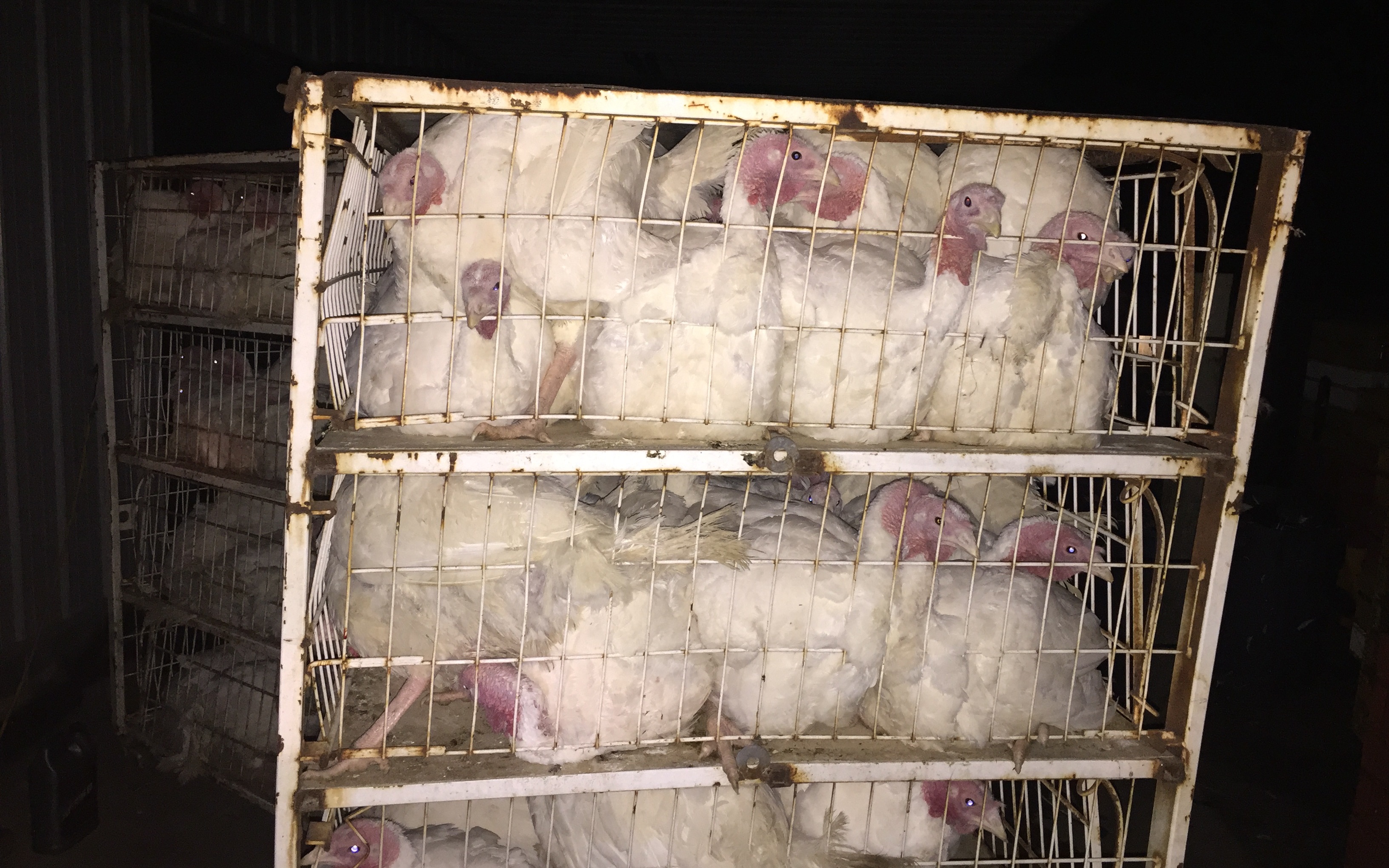 After turkey wrangling at the farm, Henry had a two hour drive to the Amish butcher.

We spoke of life, love and happiness, stopped to check on the turkeys, drank coffee, snacked on Ila’s delicious cookies, did some rough calculations to figure out what kind of hourly wage Henry was making on this batch of turkeys, and bam, we were there.

Now the job was to stuff the turkeys into big rolling multi-level crates.

“Grab them by both legs, not just one, and don’t let the wings hit you”, said Henry.

Those turkeys sure didn’t look like they wanted to be hoisted upside-down into the air by their legs.

And in order to get to their legs, I realized that my face was going to come perilously close to a lot of sharp-looking beaks.

“Do the turkeys have large talons?”, I asked.

I grabbed some turkey legs, hoisted them into the air and held on for dear life while the bird flapped furiously.

I took a good hard thump to the chest and instantly learned that I needed to hold the bird a little farther away from me.

There’s just nothing like on-the-job training in the school of hard knocks.

I made it over to the crate and slid it in.

Let’s just say that by the time Henry sent me in after the last bird (“Send the city boy after that one–he looks flighty”), I was ready.

I chased that bird down, grabbed his legs and made reasonably quick work of it.

Early the next morning, the birds would be rolled away to run the gauntlet of a lot of shiny stainless steel equipment and eventually come out in vacuum packed bags which Henry would pick up later that afternoon.

And that’s as much as I got to learn about how a Thanksgiving turkey makes it to your table.