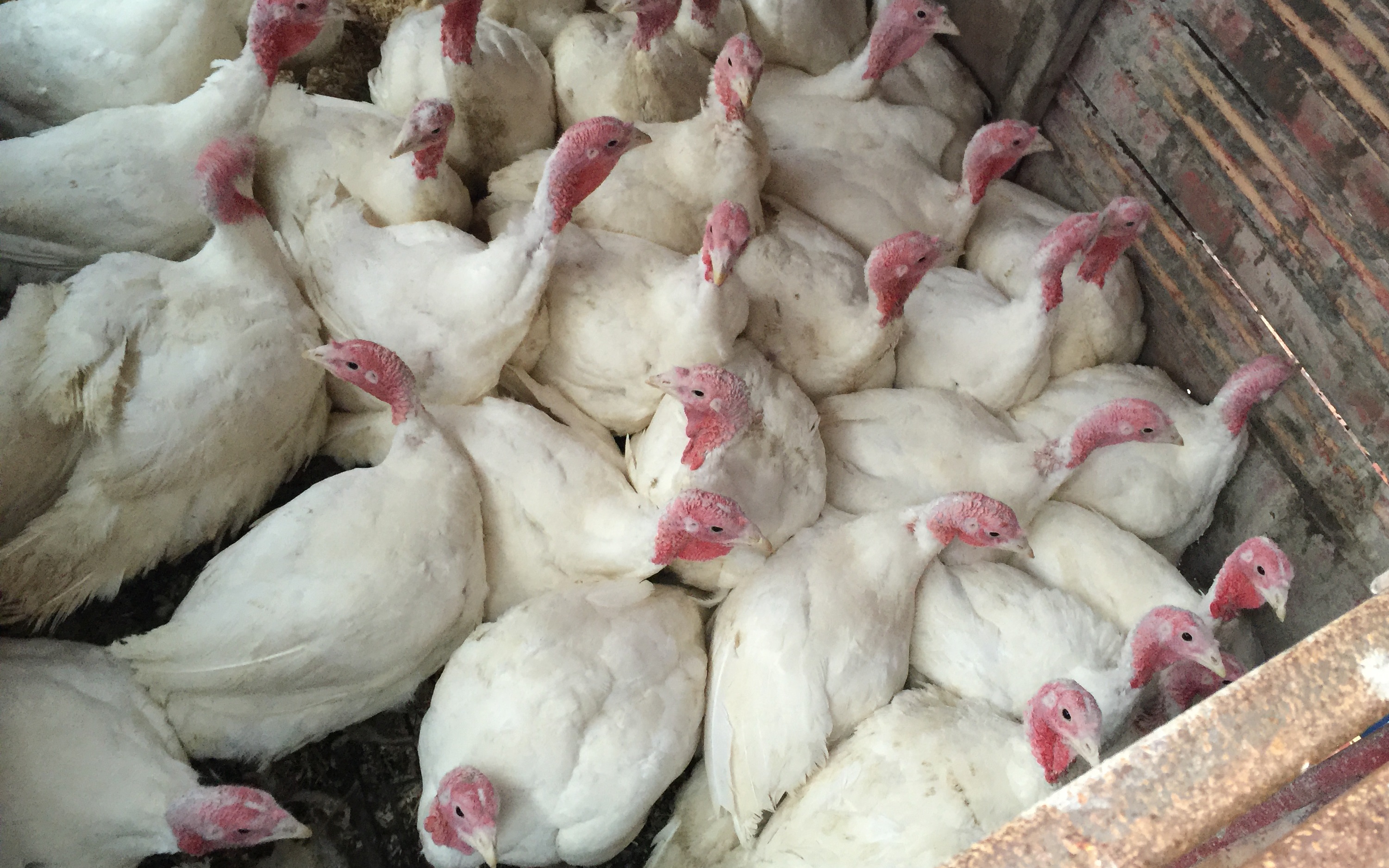 I had the great privilege of helping to wrangle Henry’s organic cage-free Thanksgiving turkeys for their final journey to that turkey farm in the sky where the sun always shines and the feed tray is never empty.

Aka, the Amish butcher.

Henry assigned me the task of counting the turkeys as they boarded their final mode of transportation.

I’m not sure if I got that job because it was the best way to keep the city boy out of the way, or because it’s an impossible task and I was being punked.

I felt pretty confident as I installed a counter app on my phone and waded into the turkey muck.

It’s rather painful to admit, but I felt like a boy among men as Henry and his friend expertly split the turkeys into groups and herded them toward the trailer where I stood ready to count.

The most amazing thing about turkeys is that when somewhere between 150 and 200 of them decide to board a trailer, they all get in a single file line and jump up one at a time in a choreographed sequence as if they had been training for this moment their entire 4-month lives.

Turkeys stacked upon turkeys, running, jumping, flying, all simultaneously flooding into the trailer in a mass of beaks and feathers.

It was over in seconds.