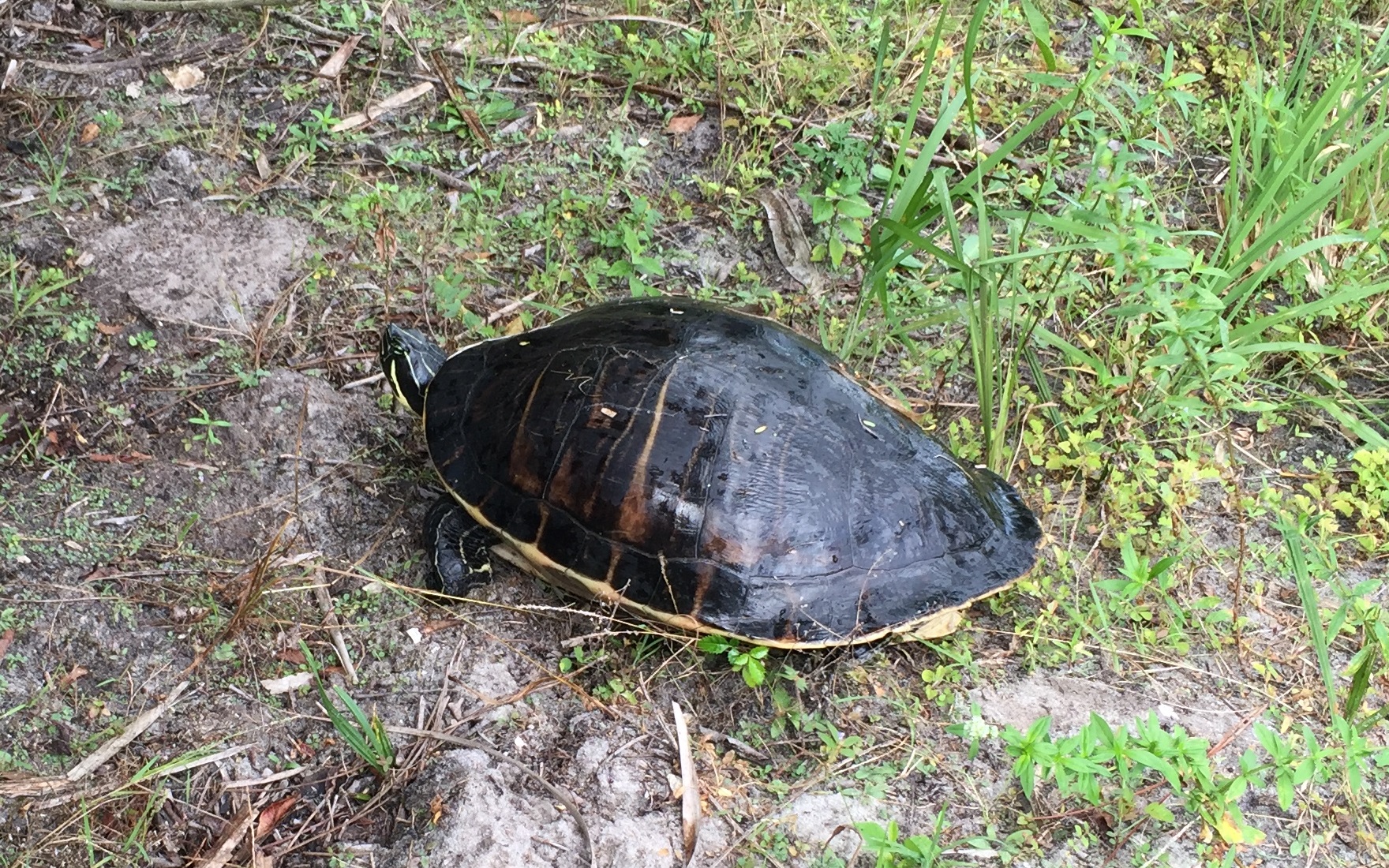 I saw this big guy coming up out of the ditch and heading for the road like he meant business.

I watched him pull up to the side of the road with his head up, wait for a line of traffic to pass, and strike out for the other side.

By the time I turned the car around and found a place to pull over, he was already halfway across the road.

I was afraid this story was going to have a gruesome ending on this fairly busy street, but just as I got near, a woman in an SUV veered off the road and headed straight for me.

For a second, I thought she was planning to run me down to avoid the turtle, but then she stopped, jumped out of her vehicle, grabbed the turtle by his shell, and hauled him to the other side as a jet stream of pee shot from his back end.

“Gopher turtle”, she said. “I knew he was gonna do that!”

“Now I’ve seen everything!”, shouted out the woman who was stopped in the other direction.

(Note to self, be sure to avoid both the front and back ends of a turtle when picking one up.)

Then SUV woman was back in her vehicle and off to her next wildlife rescue.

It all happened so quickly that I didn’t have the presence of mind to ask for a photo and at least her name.

Mr. Gopher and I sat there in stunned silence for a few moments processing what just happened, and then I took this picture.

I’ve gotta be ready for this gold.