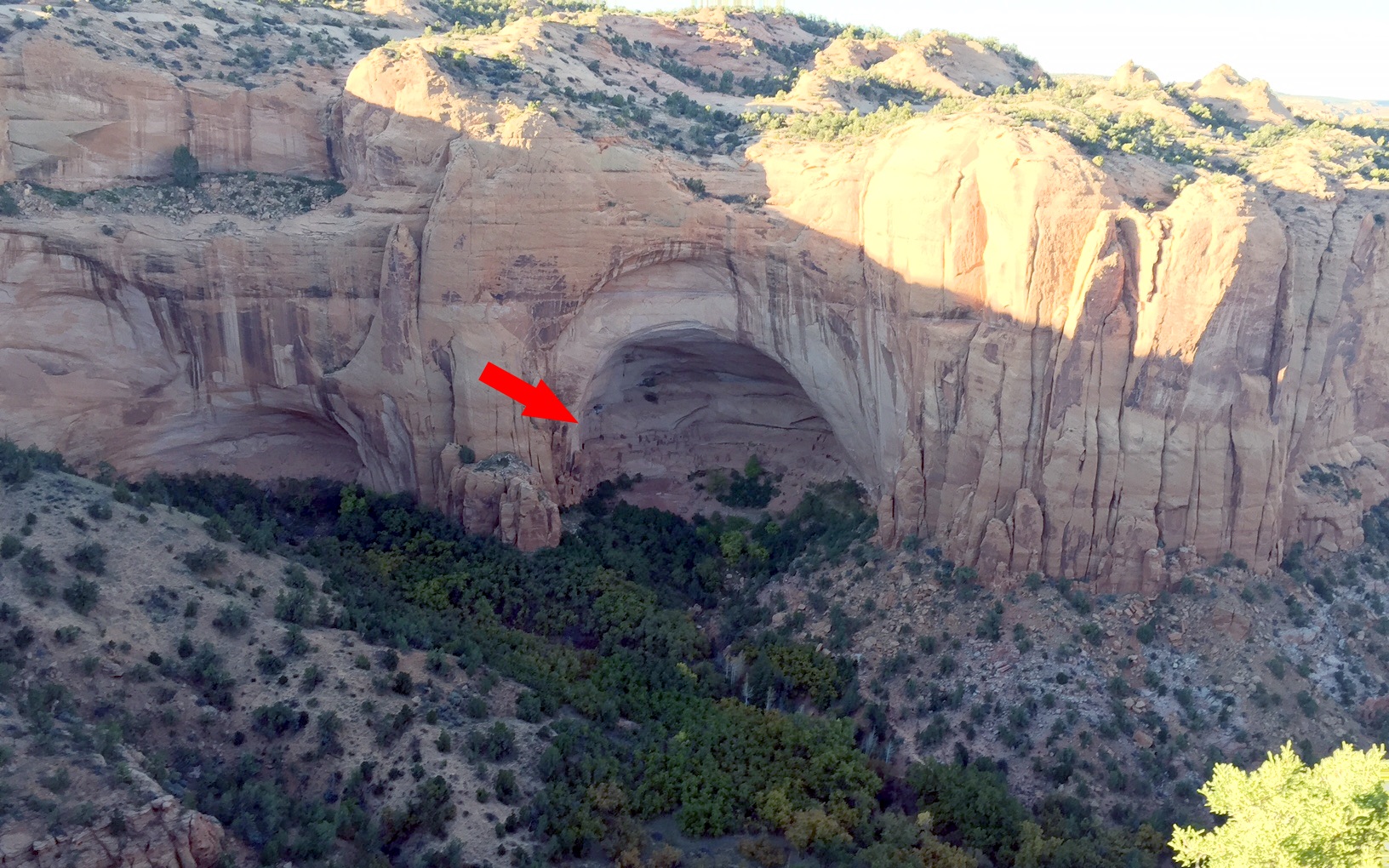 As interesting as the tour was at Old Oraibi, I still wanted a closer look at a cliff dwelling.

I read there were some cliff dwellings I could see at the Navajo National Monument, so off I went.

I arrived after the visitor center was closed and the sun was setting, but I saw the map that said I could view the city from a point that was a short 1/2 mile hike away.

Unfortunately, I also saw the cougar warnings, complete with photos of gleaming eyes in the dark, ravaged garbage cans and a car that was shown with its doors and hatchback mysteriously wide open.

Those photos would haunt me the rest of the night.

I grabbed my knife and a can of bear spray and hoofed it down to the viewpoint.

Without any cougar encounters.

I must say it was really cool to see the city there in the cliff, though it was very far away.

I couldn’t wait to get down there and see it up close!

I returned and found an amazing spot in the campground where I got to watch the sun set behind the canyon.

It took me a long time to get to sleep as I thought about how I had parked ridiculously close to the edge of the cliff and could be pushed off by a bear going for my protein bars and Fritos.

Which I couldn’t seal up properly.

Oh, and the windows were open for ventilation.

And for maximum smellability by cougars and bears!

Get up, turn on the car, close the windows, turn off the car.

You know, it still smells a lot like food in here!

Get up, spray some cologne over the food.

Etc., getting more ridiculous with each iteration as my mind conjured up wilder and wilder scenarios.

Eventually, exhaustion kicked in and I fell asleep.

A beautiful sunrise, breakfast, a short wait, and the rangers showed up to open the visitor center.

“How can I go see the village?”

“Sorry, you can only do that on Tuesdays with a ranger escort.”

I walked the 1/2 mile trail to the view one more time and looked wistfully at the village in the distance.