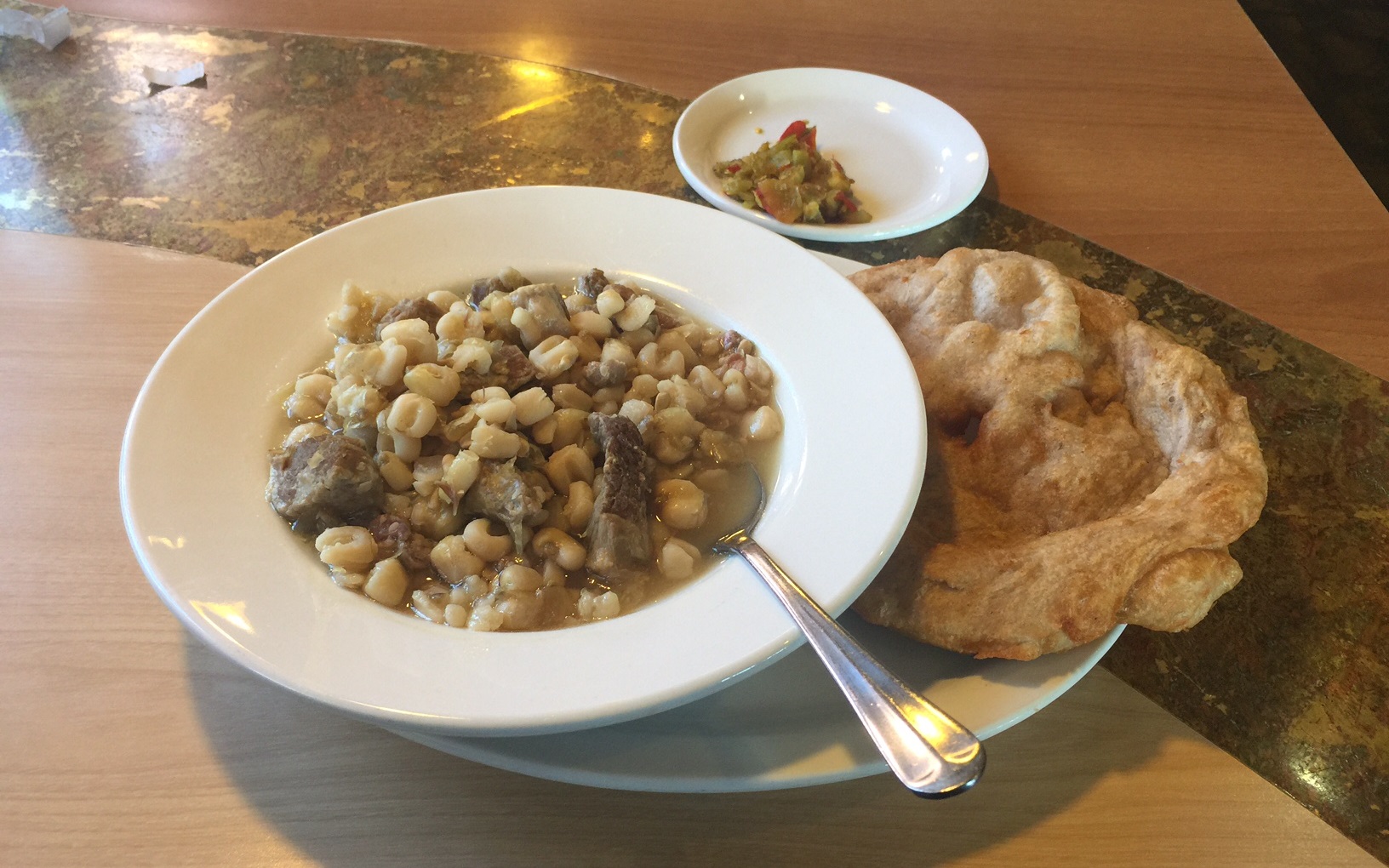 I decided to backtrack to experience more of the Hopi culture with the hope of visiting an actual cliff dwelling.

I had no idea how to accomplish this, but I headed for Second Mesa where I read there is a Hopi cultural center.

I didn’t find out much information there, but I did enjoy a bowl of Noqkwivi with some delicious blue frybread, which the waitress told me is a traditional meal eaten at Hopi ceremonies.

Most of the restaurant patrons appeared to be local, which intrigued me.

I would have liked to have found out the story of the stately looking older man in a wheelchair with braided hair and piercing eyes, who watched intently but silently as his grandchildren laughed and talked around him at the table.

I was ashamed of the unhealthy American cuisine served alongside the nutritious traditional Hopi dishes.

Why does our legacy have to be processed white bread and mass produced greasy fried food?

It was sad to me to see the ill effects of our food on the Hopi people.

I did get a tip about a Hopi village named Old Oraibi, which is the oldest continuously occupied city in the United States.

A lady at the desk told me that it had an art store that I could visit to maybe find out more.