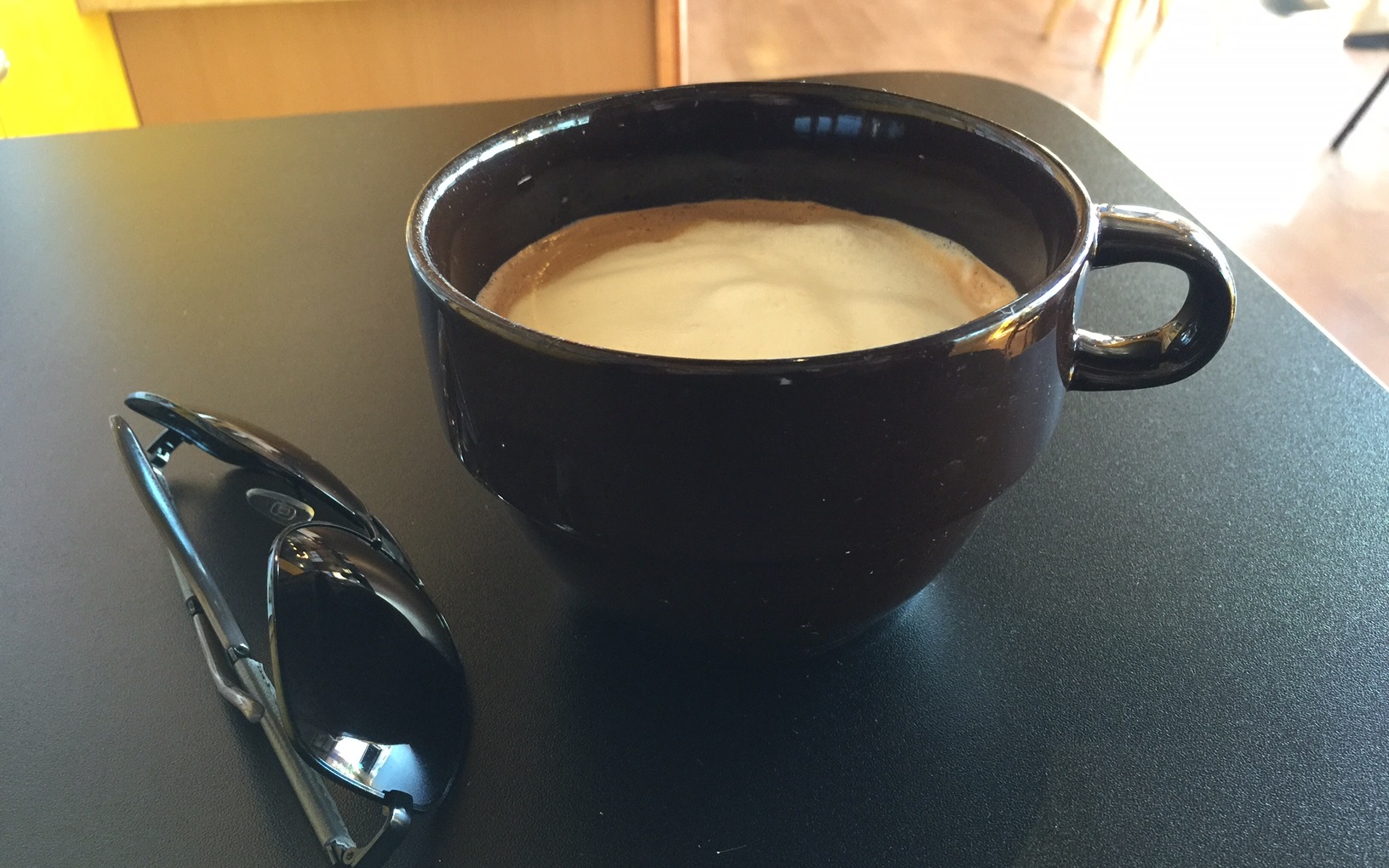 I stopped in to Café Mojo in Winslow and ordered my usual 8-ounce breve mocha before hitting the road.

Open sacks of raw coffee beans sat on the floor in one corner where a roaster was doing its thing.

“Let me check in the back… How’s this one? I can just fill it part way.”

All of this struck me as strange until I realized I’m in the south, and they don’t do anything small in the south.

I remembered Texas, where no matter how many times you say no whip at Starbucks, you’re getting whip. Who doesn’t want whip on their Frappuccino? It’s insane.

So, I settle down in the back with at least 16 ounces of mocha in my half-filled cup.

A few locals hang out here, including a dog that has free roam of the place and likes to sniff and lick shoes when he isn’t being handed treats by the customers.

“I wish I was retired”, said a guy with slicked-back hair to an older, retired gentleman with a silver mustache and a cowboy hat.

“So quit your job”, said the older man.

“I wish I could”, said the younger man, “But the wife wouldn’t like that very much.”

In the end, it was a pretty good cup.

I only drank half.