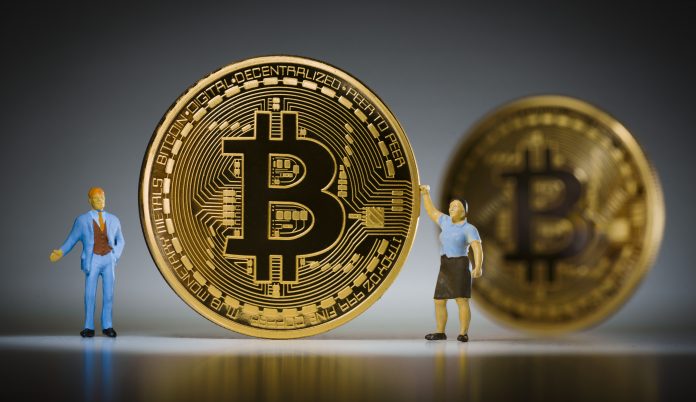 I barely finished hitting the publish button on my Bitcoin magnum opus—the first and only completely clear and understandable description of Bitcoin ever published—when Jeanne messaged me “I still don’t get it.”

Thanks for bursting my bubble and invalidating my life’s work, Jeanne.

So it turns out that simply knowing the definition of Bitcoin is not enough.

Some practical questions inevitably follow and the inquiring require answers.

And bam! Just like that, those very answers (and their corresponding questions!) have appeared below in your very own Bitcoin cheat-sheet!

Bitcoin is a currency where a majority vote (not a government or bank) decides how much money exists and who owns it.

Anyone can vote with their computing power, and the result is trustworthy because in theory, no rogue voter will have enough computing power to out-vote the rest of the voters to their own advantage.

And now the cheats you’ve been waiting for:

Q. How do I get me some Bitcoin?

A. You get you some Bitcoin the same way you get you other kinds of money. You provide some goods or services in exchange for Bitcoin.

If you just want some Bitcoin to spend, you can buy some with your dollars or euros or what have you on a Bitcoin Exchange.

Bitcoin voters also get paid for their trouble in Bitcoins. It’s why they vote.

Q. Where do I keep my Bitcoin stash?

A. In your Bitcoin wallet, of course!

That’s right, you choose a Bitcoin wallet app that protects your coinage with a digital private key—basically a really long password—and you use that wallet to send and receive Bitcoin.

You can also write down your wallet password on a piece of paper and stuff it under your mattress with the rest of your go cash if you prefer.

(Believe it or not that’s a good thing, because if someone could get into your wallet without your password, you’d quickly have nothing in it to spend anyway.)

Q. How do I spend my Bitcoin fortune?

A. You tell your wallet app to transfer Bitcoin out of your wallet to someone else’s wallet.

Your wallet app broadcasts this transaction to all the voters, who get busy with the process of deciding whether your transaction is valid, i.e., that you actually had enough Bitcoin in your wallet to cover it, and that you didn’t try something sneaky like try to buy more than one item with the same coins.

It takes some time for this voting to occur, and the more votes that get cast in your favor, the more secure and irreversible (i.e., the more difficult for a cheater to out-vote) your transaction becomes. So the recipient of your coinage will typically want to wait 60 minutes or more to be sure that your transaction has collected enough votes before sending you that new washing machine you’ve been saving up for.

There’s another little twist: You can offer up some extra Bitcoin as incentive for the voters to vote on your transaction. Voters, being the selfish jerks they are, go for the transactions with the biggest bribes first, and if you’re a cheapskate, there’s a chance nobody will bother to vote on your thing and you’ll never get that washing machine. Instead, you’ll just eventually get your money back so you can try again—this time with the proper bribe. Ahem. Transaction fee.

Q. Why should I trust these Bitcoin voters?

Voters are paid in Bitcoin, so they have a vested interest in making Bitcoin successful.

They’re spending dollars and euros and yuan on massive amounts of computing power to earn Bitcoin by voting, and the more they spend, the more they want their Bitcoin to be worth something.

If people view Bitcoin as untrustworthy, they won’t use it, and the Bitcoin voters will ultimately be left holding a bunch of worthless bits for their massive investment.

So as long as the majority of the voting power is vested in making Bitcoin (and therefore themselves) successful, in theory the system is trustworthy.

It’s a system designed to harness the selfish and greedy motivations of humans to reach a balance of power.

(For a more detailed description of the voting process, see my “Bitcoin Voting” post.)

Q. So how is this voting process actually implemented?

A. Ah, this is the part that devolves into mumbling about hashing and blockchains.

If I get enough interest, maybe I’ll tackle that one in a separate post.

And that’s a wrap, folks!

If you still don’t get it, I recommend watching this video which should nicely clear up everything for you.