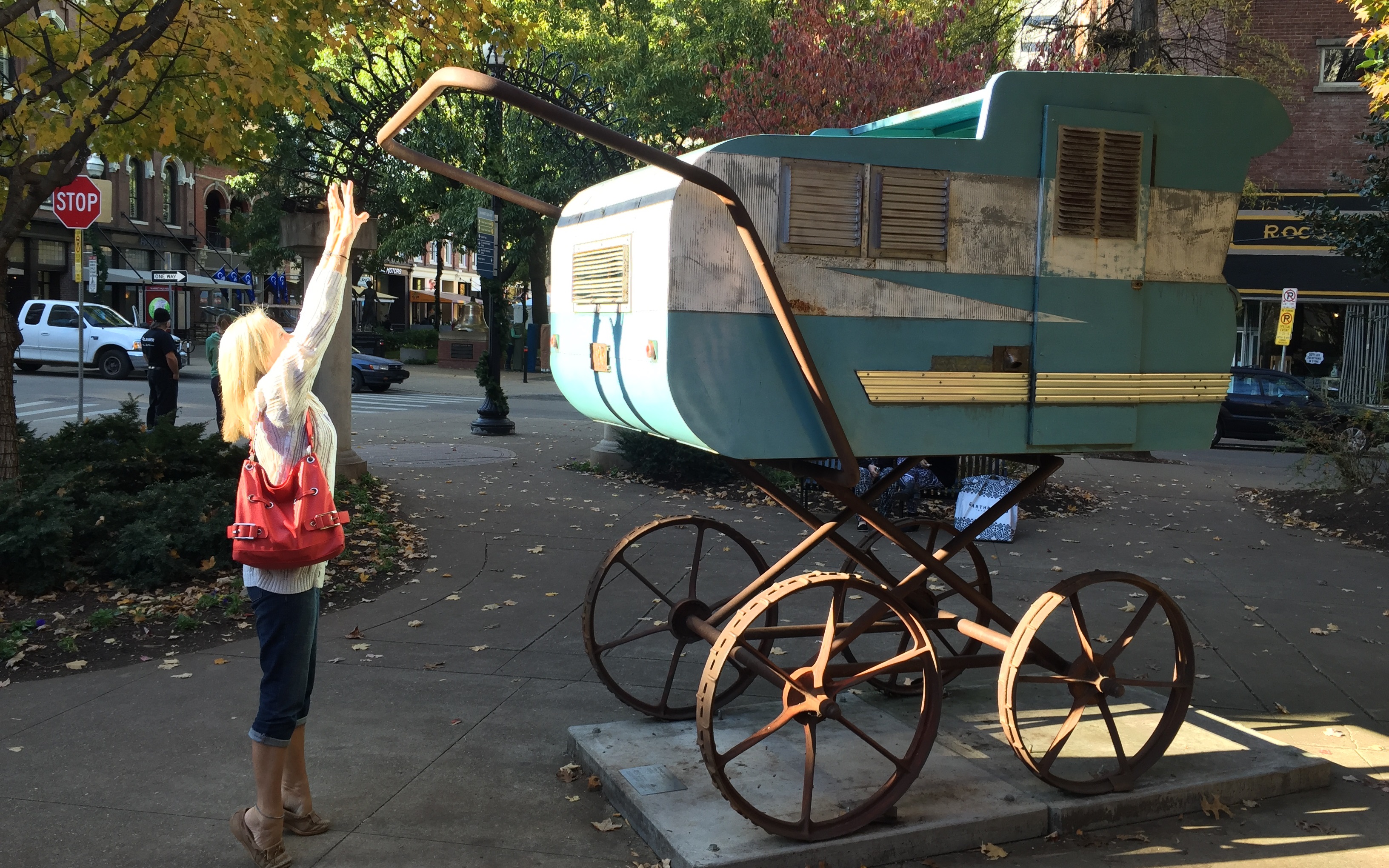 Having just escaped the first Iowa snow storm of the season by the skin of my teeth (which I would later lose in a New York City hotel bathroom), I made my usual stop in Knocksville to have lunch with Aunt Anne, house mom extraordinaire.

And as usual, Anne did not disappoint as she arrived with a homemade cinnamon roll fresh from the oven and yet another bizarre and fantastical mode of transportation.

It quickly became apparent that this one had a bit of a design flaw as it related to her actual height, rather than the one of her fancy.

Never one to be deterred by a sudden onset of reality, she ignored the perplexed stares and raised eyebrows and we were back down the rabbit hole and off to the next adventure with a distinctive swoosh.