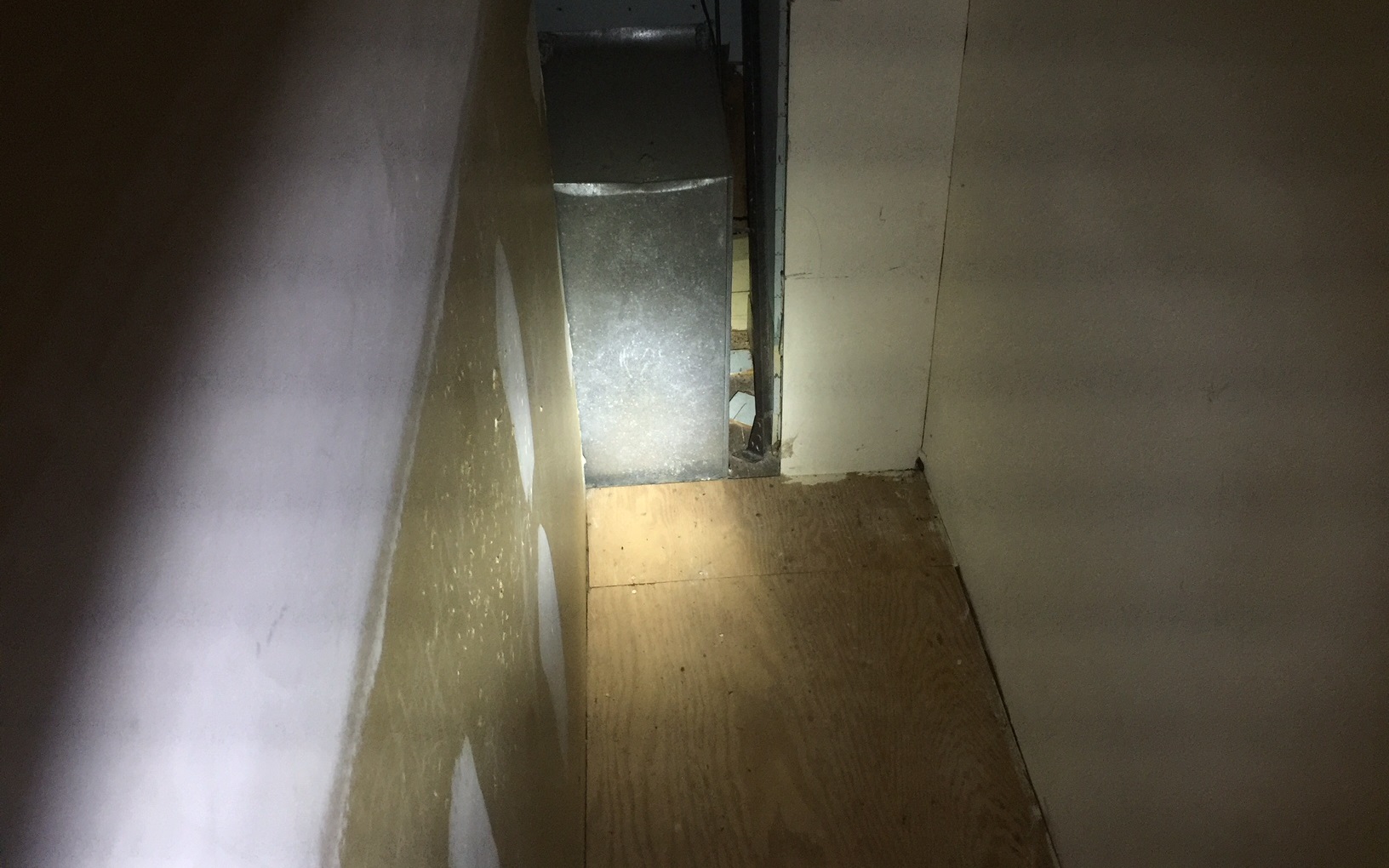 I got a call from my sister.

“I’m on the phone with dad”, I said into my watch.

(Dad left early for Florida, and mom and I are following at the end of the week.)

“Well, hang up! This is an emergency! There’s a snake in my bedroom!”

There’s a snake in a bedroom, and that’s where I’m heading?

How did my life come to this moment?

I mean, it’s funny when they’re on a plane and it’s on the big screen, but this was the real deal.

Dad had a brilliant idea–call animal control and let them handle it.

Ok, no animal control in this town, or in this county for that matter.

Exterminators! Yeah, they can do it!

I called every exterminator in town.

Not one returned call.

I was going to have to do this myself.

My sister and I have very different ideas about living spaces.

I like sparse open spaces. You know, where it echoes and you can break out in a quick spin, arms out, and not worry about hitting anything.

My sister, other the other hand, likes what I call clutter. No nook or cranny shall be left unfilled. Admittedly, it feels more homey and less echo-y, but the price is that you must keep your arms in at your sides at all times or risk destroying some artifact on display.

I tell you this because as my sister ran out of the bedroom screaming, she lost track of said snake, last seen uncoiling itself and slithering down one of her guitars, now with many, many places to hide.

I got a hoe and a rake (to use as a strike shield, of course!) and stood just outside the bedroom doorway.

For a very long time.

I contemplated that fact that if I took even one step into the room, the snake could be on either side of me or even behind me.

After what must have been at least an hour, I decided to take a single step into the room, rake facing the darkness under the bed, which I figured was the most probable angle of attack.

Over the next hour or two, I slowly made my way to the other side of the room, flashlight in one hand, hoe in the other, and rescued the phone charger, my top priority.

As I stood there at the far end of the room gaining courage, I thought maybe I heard a sound. I looked to my left.

And there it was!

The tail end of a Triassic black snake was slowly disappearing under the closet door!

I performed a few quick calculations and determined that there was no way I was going to get in a strike with the hoe at that angle, so I called out for the shovel. Quick!

The snake sped up at the noise of the shovel arriving and I had just one chance to swing before it completely disappeared.

I took my best shot.

Ok, so at least now, assuming there was only one snake, I knew it was in the closet.

I opened the closet door, ready to strike with the hoe.

So when I say nothing, let me explain that I mean exactly the opposite.

The closet was absolutely bursting with clothes. Stacked in boxes on the floor, impossibly crammed onto the closet pole, stacked on shelves along the wall, and on a large shelf overhead.

Somehow my sister had emptied out an entire department store and managed to compress its contents into this one closet.

It was clearly hidden somewhere in those clothes just waiting for me to reach in my hand so it could get in a quick strike.

I wasn’t sure I liked this game.

I’ll spare you the details of the next few hours where I carefully pulled every item out of the never-ending closet, wondering if I was going to end up in Narnia, only to find that there was a gap in the floor at the very back of the closet where the snake had surely left hours ago.

I’ve since thought of a few ways I could have handled this better and maybe caught that snake.

But I’m still fairly convinced that I’m just not cut out for this sort of thing.