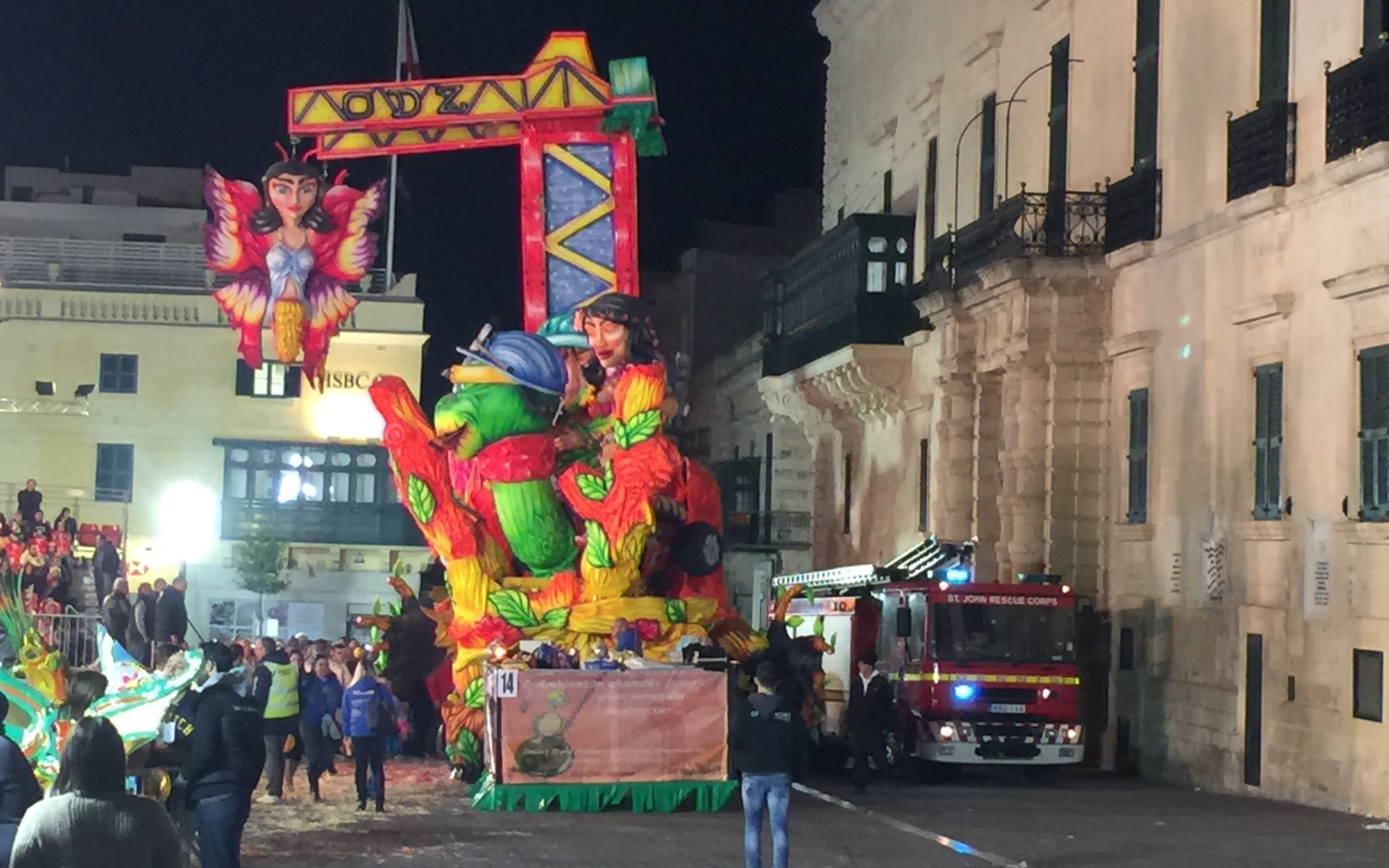 I was having flashbacks to the Macy’s Thanksgiving Day Parade.

I didn’t know where to see the floats, didn’t have the right ticket, and was stuck behind a fence trying to look over the top.

But this time I had decent coffee, and I could at least hear the music.

Some pulizija moved me out of the way.

And then the first float started to pass right by me!

I could reach out and touch it.

Hey, this was going to be great!

The floats were truly works of art, amazing in their level of detail and craftsmanship.

I soon discovered that they were all folded up as they paraded down the street.

When they reached the central square, they stopped and unfolded into an even more amazing display.

Dancers in elaborate costumes would pour onto a stage and do a routine choreographed to pounding music.

I watched for quite a while as float after float went by.

Then the music stopped and a fire truck pulled up.

Emergency personnel swarmed the float at the square, and the parade was at a standstill.

I waited around for quite a while, and eventually the announcer said something in Maltese.

The crowd cheered, so I assume the person being loaded into an ambulance must have been ok.

It seemed that the parade must be close to over, so I headed around the square to get a different view.

That’s when I discovered that the streets were lined with floats for farther than I could see.

This makes the Macy’s Parade seem small in comparison.

I headed down the street to get a bite to eat.

That’s when I ran into some of the team from the Happy Hive.

We joined forces, watched the parade for a while longer and then headed up to a restaurant with a terrace overlooking the square.

Good food and a perfect view of the rest of the parade.

Not too bad for winging it!