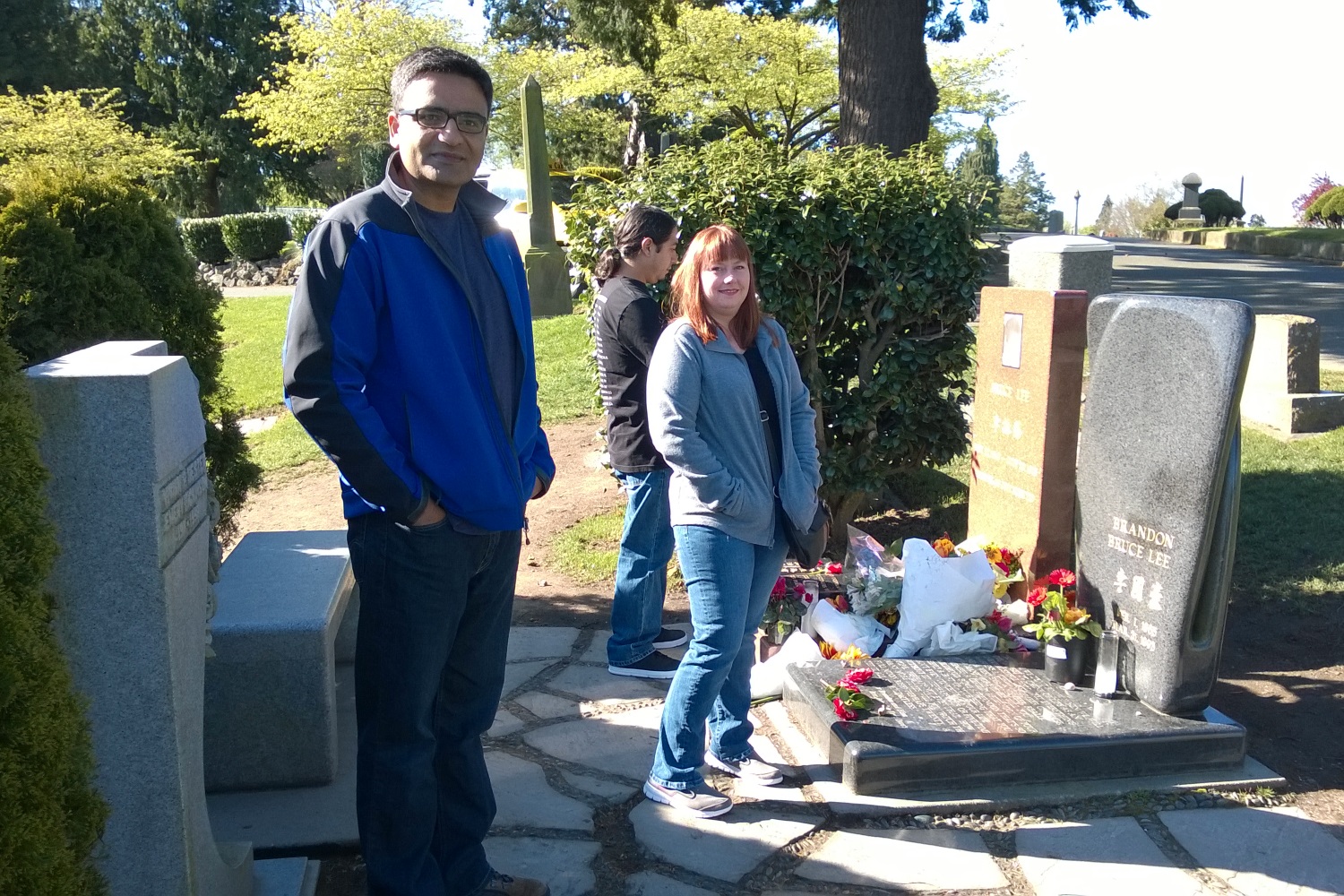 Last time I met some people on my run at Bruce Lee’s grave, I was disappointed afterward that I didn’t learn anything about them.

Not so this time!

A man on a business trip to Seattle wanted to have a look around town before he heads back to Washington, D.C. tonight. He read about Bruce Lee’s grave on Reddit, and that’s how I found him driving around the cemetery in circles.

While I was taking his picture at the grave, a couple from San Marcos, Texas showed up in a taxi looking for the gravesite, so I took their pictures as well.

Obviously, I can still do better. But I’m baby stepping! I’m doing the work! I’m not a slacker!

I credit much of my inspiration to the late Reverend Donald S., who was an absolute genius at starting a conversation with anyone, and I mean anyone. He would always leave them with a big smile on their face. You could just feel how much he cared about people. It was so inspiring to experience and I feel privileged to have spent some time with him while he was here.

I don’t think I’ll ever be at his level, but I do want to be a lot closer.

And speaking of “closer”, I still remember the first thing he ever said to me, which was a comment about me being one of the first to be raptured. I didn’t figure out until much later that it was a reference to my height. 🙂

Next time, my goal is to have some little story to share from someone I meet.